No More Cast for Mason! 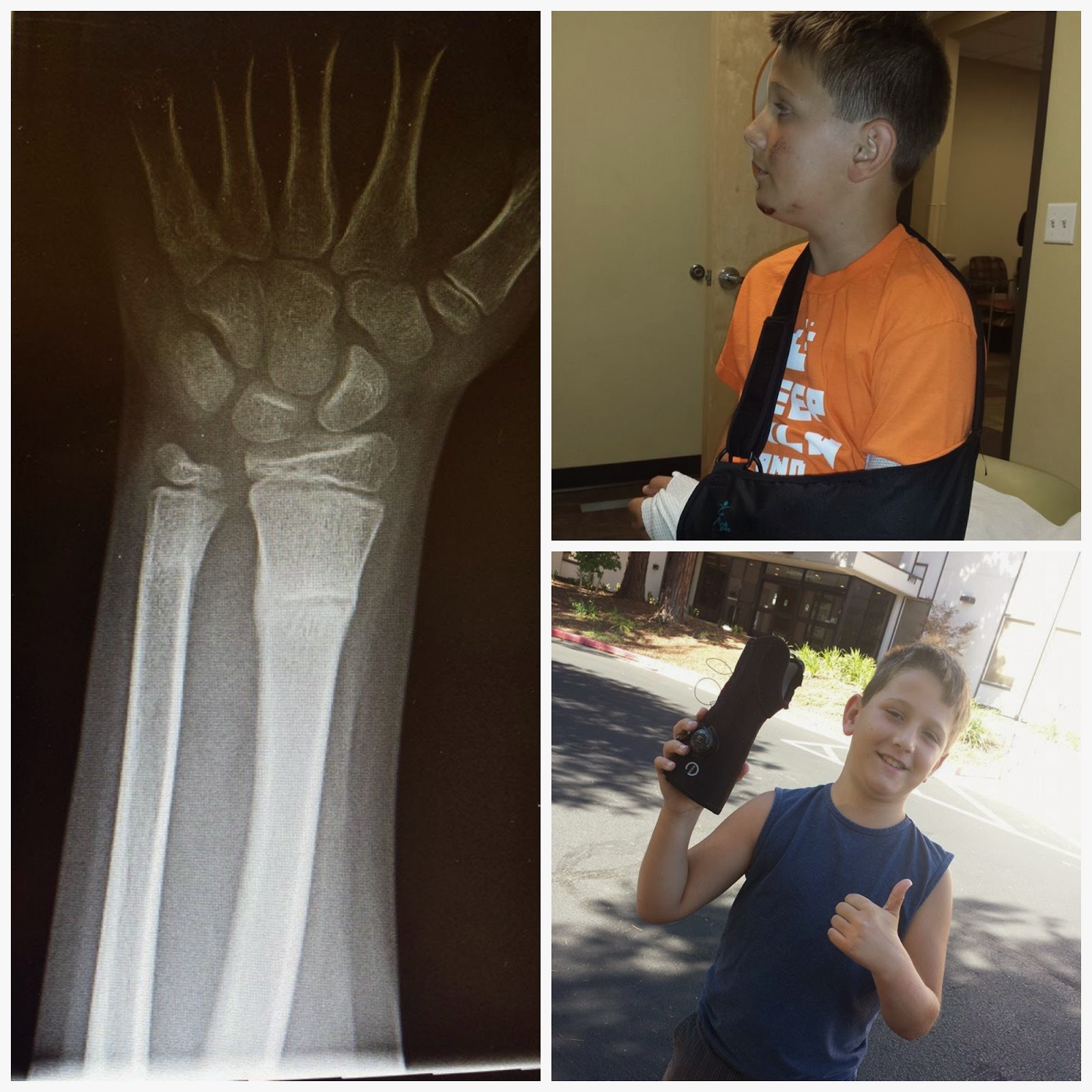 Happy Monday!
All is well and I don't have much to report. Mason got his cast off and is overjoyed. His break is 85% healed so he still needs to be careful but for the most part, he is good to go! Dave is working his butt off as he always does in the summertime, and I am juggling all the usual stuff; work, Mason, household stuff, and I'm excited to be going back to school. Yes! I am going to go just two days a week to work on a applied art and design certificate. I want to be able to easily navigate Photoshop and InDesign to create marketing materials for my real estate business and for Mason. I love school and I can't wait to go back. I need to make enough money so I can pay for two more semesters of full time school to get my bachelor's degree. As parents we watch our kids grow and we often learn from them as we go.

I've been watching Mason lately and seeing things that sometimes astound me. Mason is confident and secure at the ripe old age of 10 years old. Mason will not think twice about introducing himself to new people, standing up in front of a large crowd to give a speech or do a cooking demo, or taking off on his own at a water park. Why would Mason be at a water park on his own? Since we spent so many days at the California State fair, I bought Mason a pass to Raging Waters which is right on the fair grounds. I let him go to the water park while I worked the Placer Grown booth and we had an agreement; he was to come right back to the booth when he was done at the water park and we would decide what the plan was from there. Not only would I have not wanted to go to a water park by myself like he did, he also followed the rules perfectly every time. It validated for me what a good kid he really is. I was sure to let him know how I felt and reiterated to him that oftentimes when I say no to letting him ride his bike to the local market near where we live, it's not because I don't trust him, I don't trust other people and the fact that we live 1/4 mile from hwy 80. I was in my late 20s and early 30s before I would go to a movie or out to dinner by myself. What a gift it is to be able to embrace so many of lifes adventures without the idea that you need someone else to have a good time. Heck, I know people who even today (in their 30s, 40s, 50s and 60s) who won't do things alone. Do you eat out, see a movie or vacation by yourself?

As summer vacation is winding down (school starts on August 13th) we are enjoying dinners on the deck at the new house, time at the river and Mason and I are doing our first video in the new kitchen this week. He and I have been brainstorming about how to raise the last $7,000 he needs for his $25,000 goal for his school kitchen and we have a few ideas. It's really important that we get it done as this is the last year he will be at this school. Do you have any ideas? I would love something that we can do just one of and make the money we need. Have a lovely week and think about taking yourself out for a date - you get to go anywhere YOU want to go and stay as long or as little as YOU want. Happy Monday! 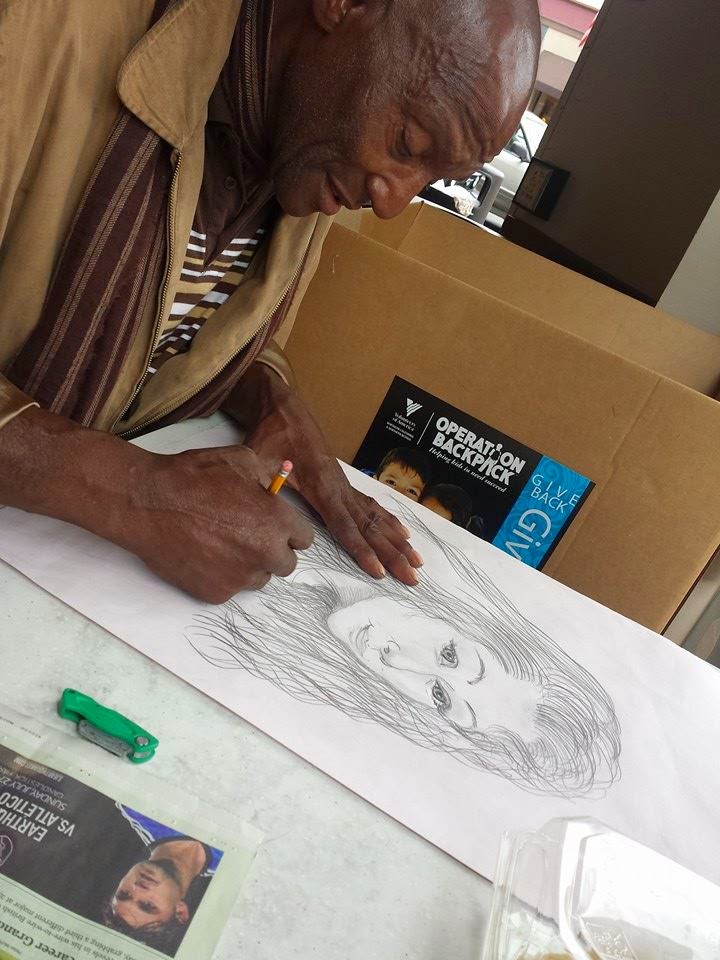 Oh joy, it's Monday again! I'm not really complaining, it just seems like the weeks are going by faster and faster. The State Fair madness has ended and I have been so excited this weekend because Dave is coming home (after being gone most of the last two months). Mason's cooking demos went great but sadly, Mason and I did not win a single prize in our recipe contest entries. Mason was very disappointed but I took this opportunity to point out to him that the fun is in the journey, not just the prize. He was not willing to concede that I might be right until I put it in language he could understand, I said, "Mason, if you went into an ice cream parlor and asked for their best sundae but they told you that they were out of cherries, would you not order the sundae?" He emphatically said, "Heck no! I would totally still get the sundae." Of course he would and with that I made the metaphor that the prize was like the cherry, most all of the good stuff was the developing of the recipe, the testing, the tasting, the working together, the execution, the excitement of the fair, and then waiting to see who won. I even took it a step further and pointed out that he now has two more recipes developed for his cookbook and even though they didn't win, they are still super good. That seemed to take some of the disappointment away and we've already started talking about what we want to do for the Mandarin Festival in November. 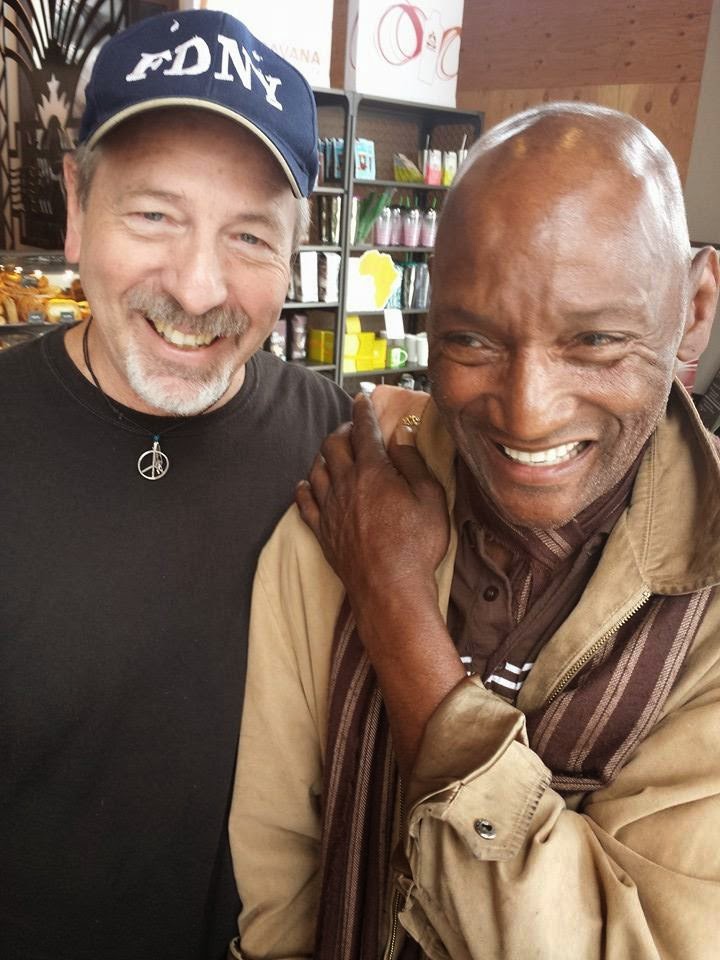 On Sunday, I took Mason to Hayward to see my mom who was in California visiting her sister. We had a lovely visit but when we arrived at my aunt's house, I accidentally hit the curb and damaged the tire on Dave's car. It wasn't flat, but I managed to take a chunk of rubber out of the side wall - not safe! I carefully drove to Alameda where I was planning to meet Lisa for a short visit before heading home and David insisted I not drive on that tire all the way home to Auburn. Mason and I had an unexpected night away from home, we had a great dinner at Kamakura where Mason finally got to try my favorite Chilean sea bass, and I got to have coffee with Al, too. This morning while waiting for tires to be put on Dave's car, I was also waiting to meet Al at Starbucks. While I was waiting I was approached by this very interesting man who insisted on drawing me. I insisted he didn't but he proceeded to do so anyway. The experience was incredibly detailed and suffice it to say Al & I had the experience of a lifetime with a man who was clearly living many lifetimes right then and there. He was a doctor who couldn't read, an award winning Park Avenue designer, has 9 daughters and 8 sons and I heard about the multiple ways his mother died. He shared with us on numerous occasions that one of his daughters was getting married this coming weekend and as he was sharing about all the plans, his daughters wedding morphed into his wedding with his wife - the same wife who recently passed away and had skin just like mine. To call Nelson colorful would be an understatement! I didn't feel the need to call him on his contradictions as he clearing is mentally ill and there was no point to make him explain - the fact of the matter is, every detail was exactly right in Nelson's mind for that moment.  The unplanned overnight in Alameda turned out to be just fine, Cris was able to stay with Spencer and Mason and I got home in time to pick Dave up, everything worked out perfectly. I hope you can make an unexpected problem work out to be something memorable and more good than bad. Have a great week and keep eating life's sundaes, cherries or no cherries, they are still awesome!
Posted by Kathy at 5:00:00 AM No comments:

It's State Fair Time of Year!

It's California State Fair time of year and we are busy with recipe contests and Mason's cooking demos. I entered a contest on Saturday but I didn't stay for the judging, I don't have high hopes for my entry, but Mason's are shaping up nicely. I'll be sure to let you know next Monday how it all panned out. Mason is cooking on Tuesday and on Friday and I have to say, one of the nice things about the State Fair is that they pay for all of his ingredients to do the demo and we get in to the fair for free. It will be so much better when he's actually getting paid and all expenses are covered as well, but for now, he is getting lots of public speaking experience and having fun, too.

In other news, we are moved in to the new house, mostly. The essential living areas are unpacked and we are sleeping well and cooking in our new kitchen. I have to say, I don't like the electric stove but hey, until I can buy what I want, I will have to figure out how to make it work. Mason is still working on raising money for his school kitchen, just $7,000 more to get to $25K and I am working almost full time in real estate - I'm actually getting paid! Whoo-Hoo! I hope all is well with you and I'll share next week how Mason and I fared in the contests at the State Fair.
Posted by Kathy at 5:00:00 AM No comments:

Welcome to our life as it comes out of boxes, lots and lots of boxes! How on earth I managed to keep everything Mason needed for an out of town cooking demo in the middle of a move, I will never know. We started moving this time last week and what a long week it was. People seem to be under the impression that because we moved just 3 doors down that the move was somehow easier - not so! Boxing up your whole house, moving it and then unpacking and finding new homes for every single thing you own is a pain in the butt no matter how far you drive your stuff. In any case, we are here and we are tired. The essentials are in place; shampoo in the shower, towels hanging on the racks, clean sheets on the beds, and the couch with working television is in place. The kitchen is functional but we are still pulling things out of boxes as we need them. It will all come together at some point and all will be well.