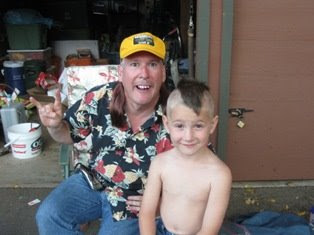 We had a heat wave this weekend! Over 100 degrees both days. A far cry from the mild 80 degrees we were experiencing just a week ago.

The Grand Poobah was last weekend and I haven't shared any of the laughs with you. Last Monday, I was on a plane to Minnesota to participate in a focus group. That meant I was getting home from four days of camping only to do a load or two of laundry, repack my bags, and get back on the road. The trip to MN was incredible, but I'll share more about that later.

This year's Poobah was a hoot! The theme was Trailer Park Poobah and it may go down in the history books as "Funniest Poobah of all Time!" I personally was stumped for a costume. Mason and Dave were easy, but everything I was coming up with was just too cliche. I ended up being that woman who thinks she's better than the rest, yet in many cases, is more crass with less tact! You know, just think animal prints, high shoes, lots of make-up, and gold lame! Very Funny! I'm not going to try to explain this, just check out the pictures at the end of this post.

The S'mores contest was a big hit! Everyone who came up with a recipe brought something totally original to the table. I brought all the fixin's for dessert s'mores like the traditional recipe with fresh strawberries, or blueberries, or cherries. DELICIOUS! If you brought a recipe, please e-mail it to me (again), I'm sure I have it, but it would save me the time of looking for it. Thanks!

So now we are getting ready to hit the road again. Dave, Mason, and I will be spending the 4th of July in Windsor, CA in Sonoma. Julie offered her timeshare to us, and since it was nearly free, we decided to make it our family vacation. I'll be sure to share all of our road trip adventures with you when we return! Have a wonderful week and a safe and happy 4th of July!
Posted by Kathy at 5:00:00 AM No comments: 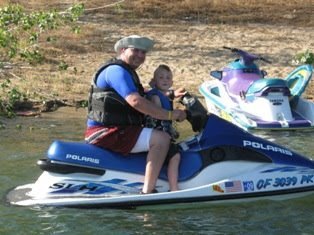 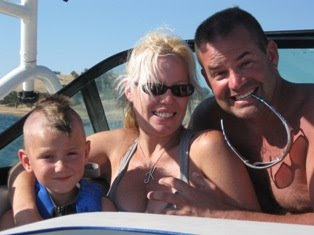 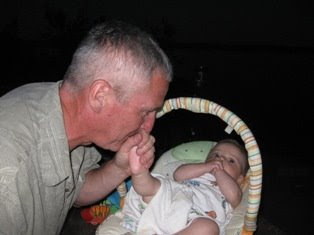 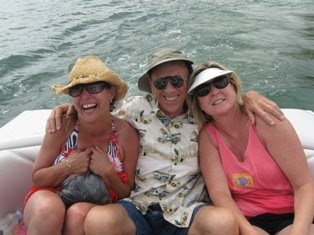 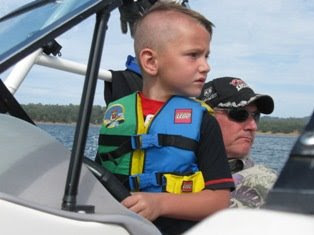 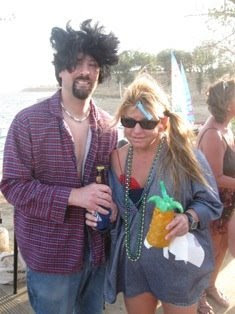 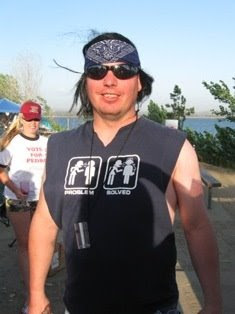 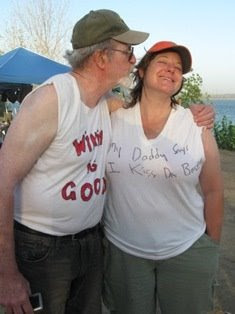 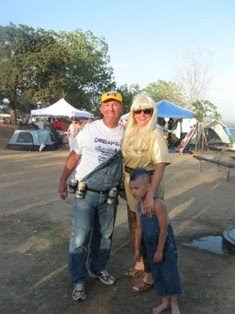 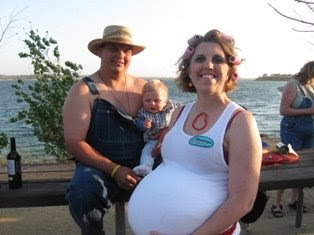 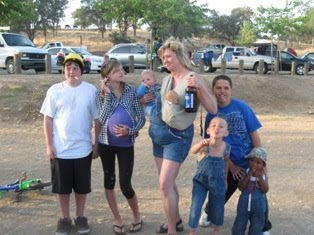 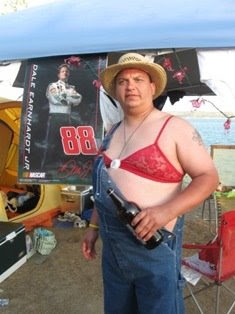 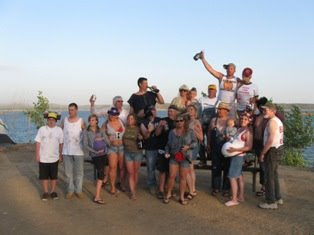 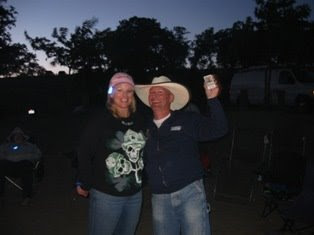 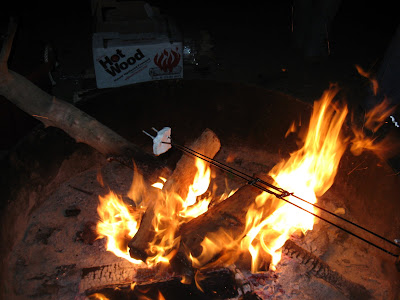 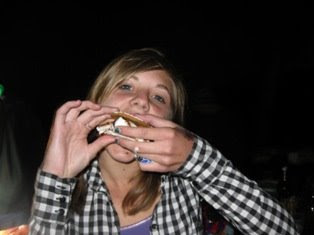 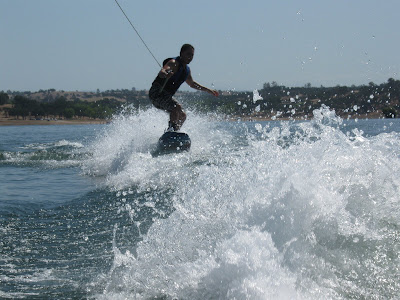 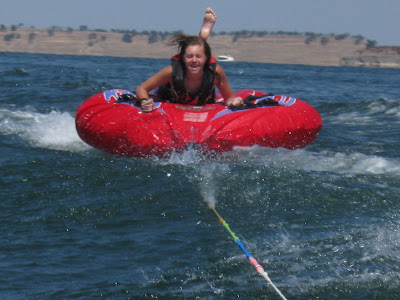 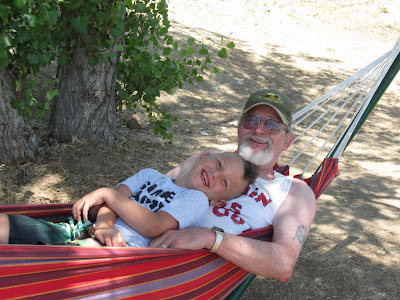 It's the Monday after Poobah and that means we're getting unpacked, laundry done, back to school, and work. Give me a day or so and I'll tell you the whole story...with pictures! So much fun! Stay tuned, it'll be worth it!
Posted by Kathy at 5:00:00 AM No comments:

It's Already Nearly One PM!

Where did this day go? I have such a long list of things to and it seems not enough hours in the day to do them! This week we leave for Poobah! YAY! The weather has been mild, but it's looking to be a bit warmer as the weekend approaches.

I have so much to get ready for Poobah and there are a few other irons I have in the fire, too! I can't share all of it just yet, but stay tuned and you can share in my excitement soon.

Okay, no time to chat, but I didn't want to leave everyone hanging. I know you miss me on Monday if I don't write because you e-mail me and ask if somethings wrong! I love that! Thank you.

Have a great week and I'll touch base next week after Poobah!
Posted by Kathy at 12:54:00 PM No comments:

Where Did The Weekend Go? 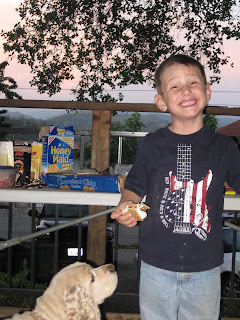 Dave asked me this as we were falling asleep last night. I think we all feel this way, but I find it comes after an especially enjoyable weekend.
Saturday we took Mason to a birthday party for one of his friends from preschool. The family lives on five acres and had three huge blow-up water slides. What fun! The kids had a ball. Dave and I left the party for a little while to walk around downtown Lincoln. It was nice to have a little couple time and know that Mason was not only in good hands, but having lots of fun, too. Later that evening, Mason was in bed so Dave and I made s'mores by the fire testing out some of our adult themed ideas for Poobah's "S'more's-Ga-Borg." After snacking, we got in the hot tub and relaxed watching the last of the fire. It was a really nice day.

Sunday was getting stuff done around the house. Mason messed and I cleaned while Dave watched the race. Before we called it a day, Dave worked in the yard, we started organizing our camping gear, I made a new pile of stuff for GoodWill, and we wrapped up the weekend with the kid s'more ideas. This time, we included our neighbors and their two girls to help pick the best recipes. We've got some good ones, so if you're coming to Poobah, get your thinking cap on, we're gonna be hard to beat!

Now it's back to schedules and work. I look forward to the structure of the new work week, do you? It's certainly tough if you don't like what you do for a living and if that's the case, start thinking about what actions you could take to find something that you really look forward to doing. With that, make this week really great and drop me a note letting me know all about your weekend!

Can you believe it's June already? I'm excited. There is so much I have to share that there's no way you want to read that much, so let me just cover the weekend.

As all of you know, I've been decluttering. On Saturday, Dave, Mason, and I went out to Denio's Farmers Market and Auction and rented a space to sell some of our clutter. We had to be up at 4:30, to the site by 5:30, and set up ready to sell by 7:00 AM. I had loaded both vehicles the day before so that was done, but it still made for a full, busy day. Mason did really well considering it was a long time and hot outside. With Dave and I working, he had to entertain himself. We stayed until 3 PM and sold enough stuff that we only had one vehicle of clutter to bring back home.

Sunday, I was back at it. Dave helped me load the Durango of all the stuff that didn't go to the auction, and that completely filled the Durango. I took that to GoodWill. I returned home and loaded up the clutter that didn't sell and that was another complete Durango load donated. That's 3 full loads of stuff that is no longer in our house! Even still, we have a few high ticket items that I've posted on craigslist, and if they don't sell there, I'm planning to donate them to the appropriate charity.

There is lots of good that I acknowledged this weekend. We all really worked well together and we had a fun day at the auction even though it was work. I can't forget to mention that we made a few bucks, but the best part was when we arrived home. I came in through the front door and the house was so welcoming. The kitchen table was clear, the shelves under the windows were free of clutter, the bar area was clean, it all just felt so good to come home to. Home really felt like a soft place to land. What a wonderful feeling. Not only does this feel so good, but it's easier to keep up. There is less stuff so everything has a place. I never really realized how I simply moved stuff from one place to another. When everything has it's own place tidying up to clean is a snap!

This is the perfect motivator for today. Have a wonderful, clutter-free week!

Look around you. Do you see clutter, confusion and chaos, or do you see focus, direction and purpose? Not only does your environment say a lot about you, it has a profound effect on you. The person you are does not end at the tip of your fingers. Your essence extends deep into the world around you. You influence that world and it influences you.

So what kind of influence is it having? Does your environment support you or does it detract from what you're attempting to accomplish? Sometimes a small change in your surroundings, something as simple as cleaning off you desk or washing the windows, can have a profound effect on your attitude and effectiveness. The effort you put into making your surroundings more supportive can multiply the effectiveness of all your other efforts.

Take control of your life by taking responsibility for the things around you. Surround yourself with excellence and your efforts will more naturally and more surely lead toward excellence.

Used with permission by Ralph Marston www.thedailymotivator.com
Posted by Kathy at 5:00:00 AM 1 comment: