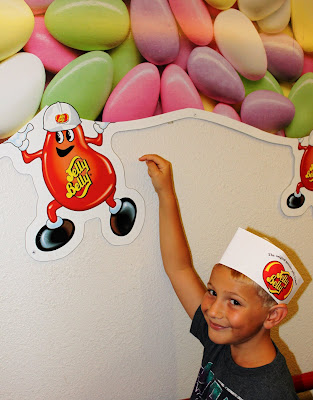 Happy Tuesday! I know, it's Tuesday but you've heard me say it before, 'Better late than wait until next week."


Last week we were busy as we were this last weekend, but I just didn't feel like writing about it. That's rare! Dave and I mapped out a weekend each month this summer to take a local vacation. Last weekend was our first adventure to lovely Cordelia, CA. Yep, we visited the Jelly Belly Factory in Fairfield, had dinner at Texas Roadhouse to celebrate Greg and Heather Garcia's sixth wedding anniversary (Julie and Ray joined us), and then on Sunday, Dave and Greg went to the Nascar race while Heather and I took the boys to Six Flags amusement park. We stayed Sunday night in the hotel and on Monday, we visited local farms and produce stands while we made our way home. We made a final stop to have lunch on the Sacramento river, it was the perfect end to a fun weekend. 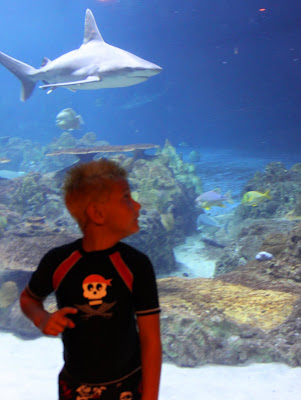 We had planned to meet Mike on Monday evening to help our neighbor out with his 16 foot sailboat. Mike was going to help Harry rig it up and make sure all the parts and pieces were there. They were and it all went together so quickly, we took it to Folsom lake and went sailing! After a late dinner, it goes without saying we were pooped! All of that fun was why I didn't get the Monday Motivator out yesterday.


Today was back to work, back to school, and a ton of laundry! I hope you are enjoying summer and making time to spend with your family and friends. With the July 4th holiday coming up this weekend, it's the perfect time to leave work at the office and have some fun!
Posted by Kathy at 5:00:00 AM No comments: 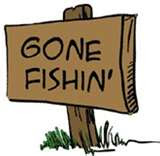 Answer to the Highbrow Question

Where did the term "Highbrow" (higher class or intellectual) originate?

The term originated in the Greek theatres when all performers wore masks. The higher the brow on the mask denoted the hierarchy of their position to the audience. Kings wore the highest brow masks and the poorest people wore masks with nearly no brow - this was dated BC (600 I think). Isn't all this interesting? Thanks for playing along with me and my education! Laughing!
Posted by Kathy at 5:00:00 AM No comments:

I'm so glad so many of you replied and shared your thoughts with me - Roberta, Julie, Lisa, Bettie, and Mary.

Per my professor, this is one of those things where there is a basic right answer in addition to perceptions.

First the difference is based on the difference between the European and American languages Theatre refers to the building or from Greek origin, the Theatron - where plays were performed.

In America we typically refer the the building as a Theater and the art of performing as Theatre. During class, Professor Hunter noted that Americans interchange the spellings and meanings and nobody takes issue with that.


In European countries, it is typically Theatre always with the building and usually with the art of performing.

In the end, either is acceptable for both references.


Here's another tidbit: Where did the term "Highbrow" (higher class or intellectual) originate? Are you having fun yet? Smiles!
Posted by Kathy at 5:00:00 AM No comments:

I'm in summer school and it's really fun. I'm taking an introduction to theatre class and it's all about history and the origin of theater. Here's a little tidbit, what is the difference between Theatre and Theater? I'm going to see if anyone answers me and I will post the answer in a separate e-mail. I sort of knew the answer but wasn't confident enough to raise my hand and answer in class.

I had knee surgery on Thursday and all is well. I'm sore and bruised but walking nearly normal at this point. The real high point of my day today is that I found a backup DVD, not labeled, that had over 40 lost Monday Motivators from 2003 and 2004 and the complete list of Dave's journals and e-mails from Iraq. How cool is that? I will be updating my blog with the lost entries, if for no other reason, they will be there for Mason. If only I could locate the posts from 1999 through 2002! Maybe some day they will surface, but for now, I'm going back to lazy summertime mode and I think you should, too!

The Sun Showed Up! 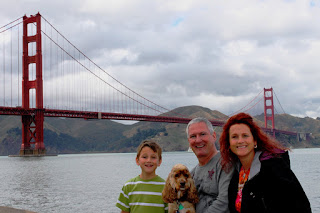 The weather was certainly not behaving like it's summer time but we had a great weekend anyway! We packed up the car and headed to San Francisco to explore the city. We drove through the Presidio, took pictures at Fort Point, had lunch at Fisherman's Wharf, strolled the shops at Pier 39 and made a short stop at Golden Gate Park. The weather even accommodated us with an appearance by the sun!

Saturday night we went to the annual Tiki party at Al and Linda's house in Alameda. It was fun to see so many old friends and visit over TIki Chi-Chi's! Who would think we could have any more fun in one weekend? Well, we did! Sunday morning we went to Aunt Mary's Cafe in Oakland (featured on Food Network's Diners, Drive-ins, and Dives.) where we had a sinful breakfast. We all agreed Mike's Pain Purdue, a special of baguette french toast (baked) with a whiskey cherry compote was the best! See for yourself! 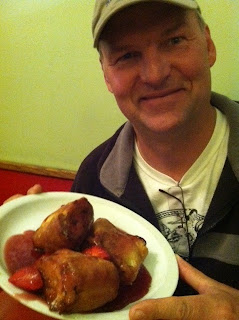 Now it's time to head into a new week, summer school starts for me and Mason's school year is coming to and end. I've got some big projects on my horizon, but what else is new, huh? Thursday I'm having a minor knee surgery and then it will be time for another weekend. What's on your plate this week? Do you have any fun plans for summer vacation? I won Sea World and Disneyland tickets so I suspect the Partak Family will be making a trip south before school starts next year. Have a great week and I'll see you soon!
Posted by Kathy at 5:00:00 AM No comments: 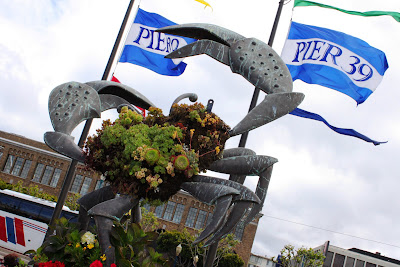 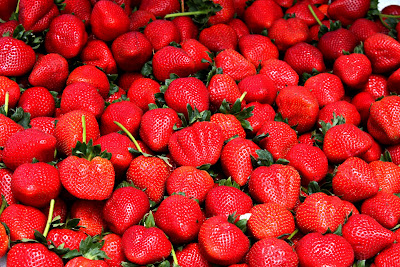 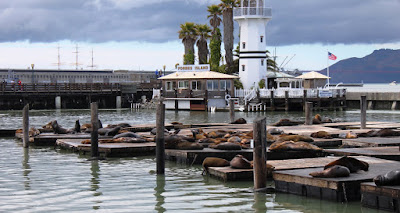 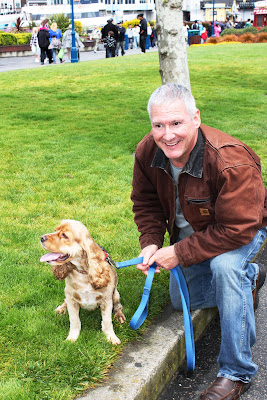 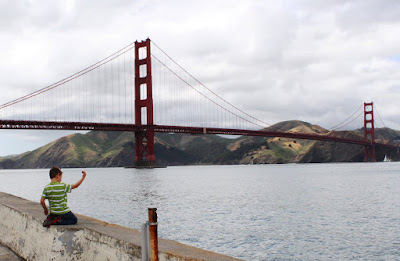 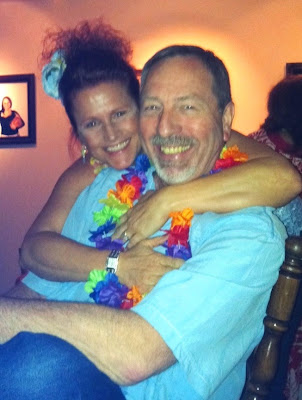 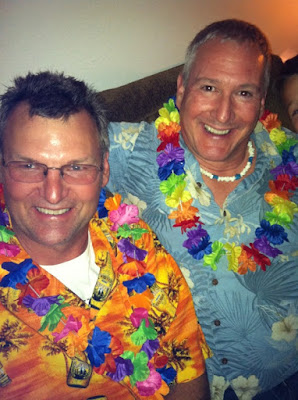