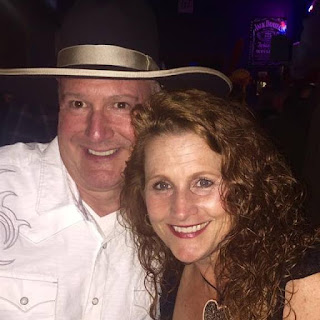 Happy Monday! It's pretty bad when "busy" reaches the point that I can't decide what I want to share with you because it would take too long, and be too much reading to share it all. I'm thinking that I need a Monday Motivator Mid-Week Update at this point, but that would require me making time to sit and write at another point in the same week.
This last week was Rodeo week here in Auburn and it's always fun when we can get involved. Dave and I volunteered on Saturday working the bar (selling tickets) so you know it was a crazy day. I was excited because Saturday night was the rodeo dance and there was a Buck Ford concert scheduled outside in Old Town Auburn and I had a new dress to wear on my date with Dave. He must have been excited, too because he went out and bought a new shirt to match my dress. I know, schmoop! In any case, the rodeo was off the hook busy and we worked like mad people from 1:30 - 6:30 PM and by the time it was time to get ready to go out, I didn't want to go. We did go but because we were so tired it was not the date night I had anticipated. There in lies the trouble with expectations! I can't help it, I have them. I have them with regard to my relationships, my friends, and my experiences. I've written about this before so I won't belabor the subject, but we had a good time anyway. It was fun to dress up, dance a few country dances and remember who we were and what we were doing back in the day when we fell in love. I think all couples could do that, do the things you used to do to remind you....
Mason is in full entrepreneur mode, he is working on camera, selling spiralizers, making money doing live cooking demos, and he is entertaining starting a business this summer repairing window screens. Yes, that's what I said! Our friends Shirley and Harry taught him how to do it yesterday and he thinks he has a knack for it. Sure, smaller screens, not so tough, bigger ones, well, that might be another story! I'm not going to say no, hey, if he thinks he can, he can. I wonder where he gets that from? Hmmm! ;)

A Big Shift is Coming!

This last week was off the hook, crazy busy! Not accounting for normal life and work, Mason did a tv spot, filmed a commercial all day Friday, and we traveled out of town over the weekend as he did four cooking demos between the two days. Keep in mind, four cooking demos, out of town require a pretty epic amount of preparation and planning. Mason is getting better about helping with the behind the scenes stuff, but at the ripe old age of 12, he's not quite there yet. Some would argue that I need to let him do it and if we don't have something, well, he'll remember next time. Not so much. If we get to our location and we don't have something critical for him to perform, guess who is on the hook to find someplace to make a purchase and shell out the cashola? Seriously, some places we cook are way off the beaten path and finding a Wal Mart like store is impossible. In any case, just know we arrived home for dinner on Sunday night pretty pooped out and ready for bed early.

Something pretty cool happened this week, too. Some of you may not understand the magnitude of this for me, but those of you who know me intimately will totally get it. While Mason was on location shooting his commercial, it turned out that one of the actors either was not cast or didn't show up...I'm not sure. The director approached me and asked if I'd mind appearing on camera as the homeowner answering the door. Uh, clearly this guy does not know me!! Heck yeah!! I got to act with Mason in the commercial. He was a total pro, he took direction like a champ, did what the director asked again and again, and he even followed my lead on a few little details. It was so super cool to be able to step in and put my skills to use, to show Mason that I do know what I'm talking about and can do it, too, and finally, just to have that experience with him - on film - was epic for me. I believe we will have access to the commercial when it's ready and you all know I will share.

So what about the big shift, what is that? I believe we are at at a point in Mason's live cooking demo career that there will be no more free appearances. He's reached a point that he really does know what he is doing and he does it well. He is quite the showman and if there isn't a crowd when he starts, it doesn't take long for people to hear him and come over to see who he is and what he is doing. In addition to what he does in his performances, we typically produce some kind of video to advertise and invite people to come see him and more often than not, we can arrange a television appearance. That all adds up to value for an event and it's time to add a "Book Mason" tab to his website. We won't have crazy things like, "Needs only red and blue M&M's" but he is still young enough that he wants a ride wrist band when he works a fair. :) It seems to be lost on some that when I am making sure he is where he needs to be, I am not working. This is why parents of successful kids working in the entertainment industry are entitled to 20% of what their kids make, and until they start (or ever make) making a significant amount of money, it's a tough road to travel. For now, I'm enjoying this journey with Mason immensely, and I know he is, too. Happy Monday friends, go out and make your dreams come true! 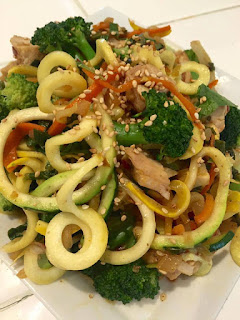 You all know us Partaks like to play with our food, but the spiralizer has taken that concept to new heights. We are having so much fun making our food curly that Mason is including the spiralizer in all his cooking demos this year. Oh, what's a spiralizer? you ask. It's a kitchen tool that makes zucchini, yellow squash, potatoes, yams, apples, pears and the like into noodles! Some people call them veggie noodles, or because zucchini is a popular vegetable to spiralize, Zoodles!

I don't know what it is, but making zucchini and squash into noodles really does make them taste better. Don't get me wrong, I liked them before, but I am eating way more now that they are curly and fun. I spiralize several at once and store them in a Gladware container in the fridge. It's good because then I can add them to my salad, have them ready if toss a quick stir fry and you can even add them to top ramen or soup you've made. The picture here is of zucchini and yellow squash zoodles with a chicken stir fry over the top. I don't cook my zoodles as whatever it is I am topping them with is usually enough to heat them through. I've found that cooking them makes them break down and they lose their al dente mouth feel. This recipe is super easy and all it calls for for seasoning is 2 TBS of Mason Made Asian Fusion Goodness marinade. It's so good! 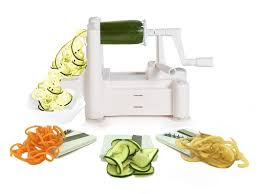 I'm not a big gadget person, in fact, if I can do it with my knife I'd rather not have gadgets taking up space. This on is different and since it has me eating way more veggies, it's a good one!

If you are interested in a spiralizer, Mason will have them for sale through the summer and the proceeds from all sales will go toward his 8th grade field trip to Washington DC. He has to raise in the ballpark of $3,000 so it's not too early to start saving. They are $45 each and a little more if you need me to ship it to you. He and I have created several recipes and I'm sure we'll have more as he does more demos through the year. 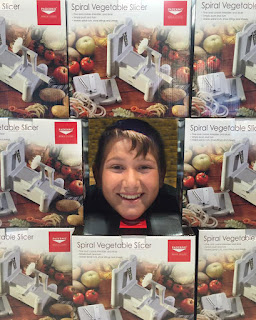 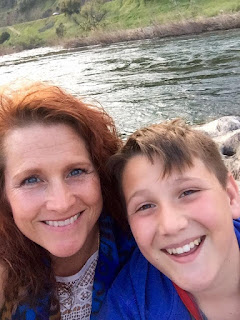 Our community is in shock and mourning as three families are dealing with a tragedy so epic, I can't even fathom it. Two freshmen were hit and killed by a drunk driver while walking home. The third young man who was with them survived, but what he now must live with - seeing tow of his friends die. For all three families, they will wake up tomorrow and beg whoever it is they pray to, to please let this be a nightmare, something that is not real and didn't really happen. I can't stop crying...I can't even comprehend this loss. Please, please make it not real. I don't know the boys or their families, but I know the love we feel for our kids.
Before I learned the news, I was just nagging Mason to not get so close to the edge of the rocks where we had our dinner picnic at the river. The water is high, it's moving so fast and is ice cold. He told me not to worry and I firmly said, "It's my job to worry and I will always worry about you. If your dad and I lost you, I don't think we would want to keep living." He said, "Really?" Yes! Really! We hugged and he respected my wishes to stay back from the edge.
It's so cliche' to say, "Hug your kids. Tell those you love that you love them as you just don't know when you won't have the chance." How does one recover and move forward after losing their child? I just can't reconcile it... I had so much more to share with all of you but after the events last night, i just can't bring myself to write about trivial (or what feels like trivial through my tears today) happenings in our life. We all need, really need to embrace each other, hug and hold each other a little longer, don't pat-pat when you hug, hold each other - really hold each other and feel your hearts beat. Tell your kids you are proud of them, make sure they know. Make sure they know.
Posted by Kathy at 5:00:00 AM No comments: