Another Successful State Fair in the Books 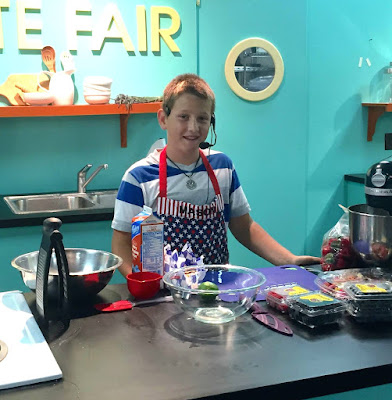 We wrapped another successful year at the California State Fair. Mason did three demos instead of two as someone cancelled and they called to see if he could step in. It worked out! Mason did his first demo from the outdoor kitchen in the garden and the last two from the kitchen stage inside.  The impromoptu demo was especially fun because nothing about it was planned. Mason got to go into the State Fair kitchen and just find some ingredients to whip something up. He made a mixed berry and waffle parfait. His scheduled demo later that day was the same recipe he did for his very first cooking demo, Funky Spaghetti. All in all, it was a fun time. 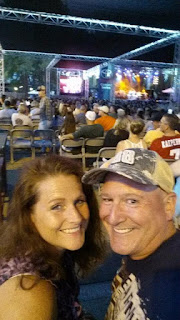 On Saturday, Dave and I had the opportunity to go see the 1980s band 38 Special at the fair, it was really a fun date night. Sunday was a get-caught-up on all the stuff around the house day. It's almost time for Mason to go back to school, and not just any school, but the start of middle school. But before we get back to school, we have a few more summertime adventures coming up. I'll share more later! Have a great week.
Posted by Kathy at 5:00:00 AM