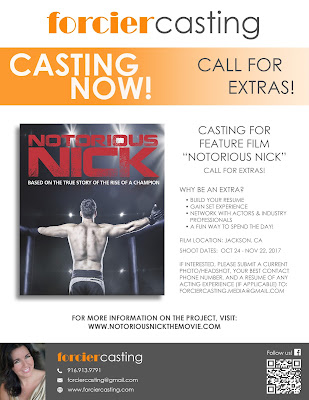 I just wrapped my first movie working in casting and let me just say, incredible, exhausting, frustrating, exciting, and ultimately so proud to be part of this film and the team at Forcier Casting.

I've been in the business since 1996 when I turned 30 and decided that I was going to chase my dream of working in commercials. I took classes, got headshots, auditioned, worked a little here and there, and then got my big break - I booked a job for WalMart that made me union eligible. At the time SAG and AFTRA (Screen Actors Guild and American Federation of Television and Radio Artists) were separate unions and I was AFTRA eligible so I joined. Lucky for me, a few years later the two unions merged and today I am a proud SAG/AFTRA member. All of that eduction did not do much for me at the time in terms of making me the next Julia Roberts, as I married and moved away from the business, but it seems the business stayed with me. I got an email from a friend who was suggesting I audition for a local commercial, again with WalMart but this was for "real people" not actors. I auditioned and got the part. Long story short, Sally Forcier who cast me in the commercial started following me and Mason on social media and watched Mason bloom on You Tube and in the culinary world. Here we are years later and Sally is working with Mason in front of the camera and I am working with Sally behind the scenes casting and hopefully producing one day, too. Stay tuned, Mason has APParition coming out this year and it's possible Notorius Nick may be out for the holidays as well.

Another successful “Saturday Thanksgiving” is in the books. I think I look forward to this holiday more than any other during the year. We visited, ate amazing food, drank great wine, and played “The Singing Bee.” I love these people so very much. Diana and Jennifer were missed, next year ladies! 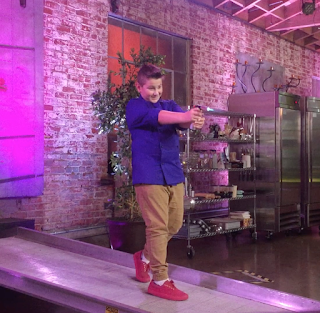 Finally, tonight at 6 PM, StoveTots is on. This is Mason's episode. Let's all say a prayer to the editing gods that we don't come off any crazier than we really are.
For those of you who may not know. Mason and I shot the pilot for this series that the creators used to pitch and sell the show. That was in Chicago January 2016. A tip if you ever decide you want to do reality tv, whatever you decide to wear, buy 3 of them so you don't have to film for 2-3 days in the same clothes. This is especially important when the show is a cooking competition.#MasonMade
Posted by Kathy at 5:00:00 AM